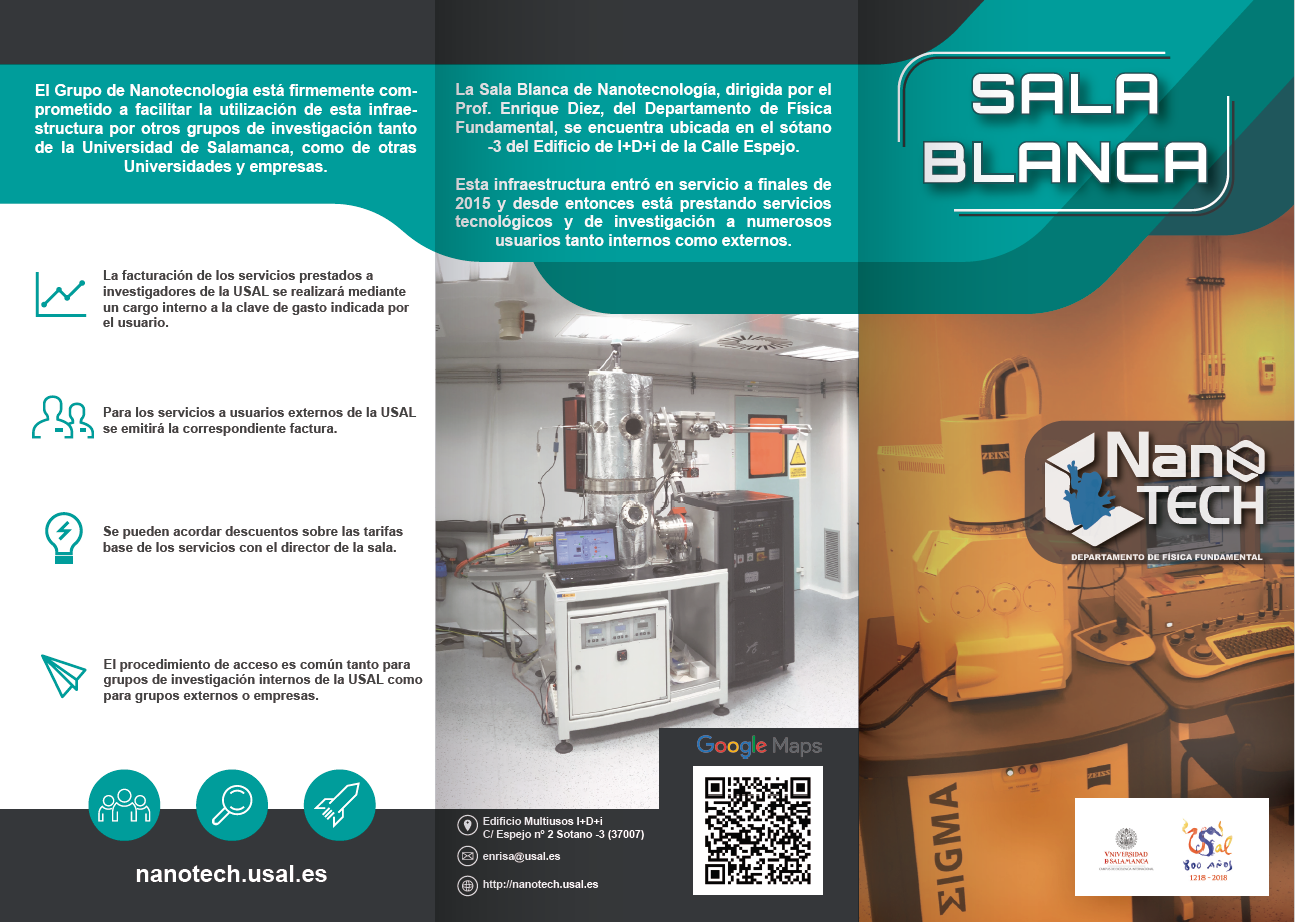 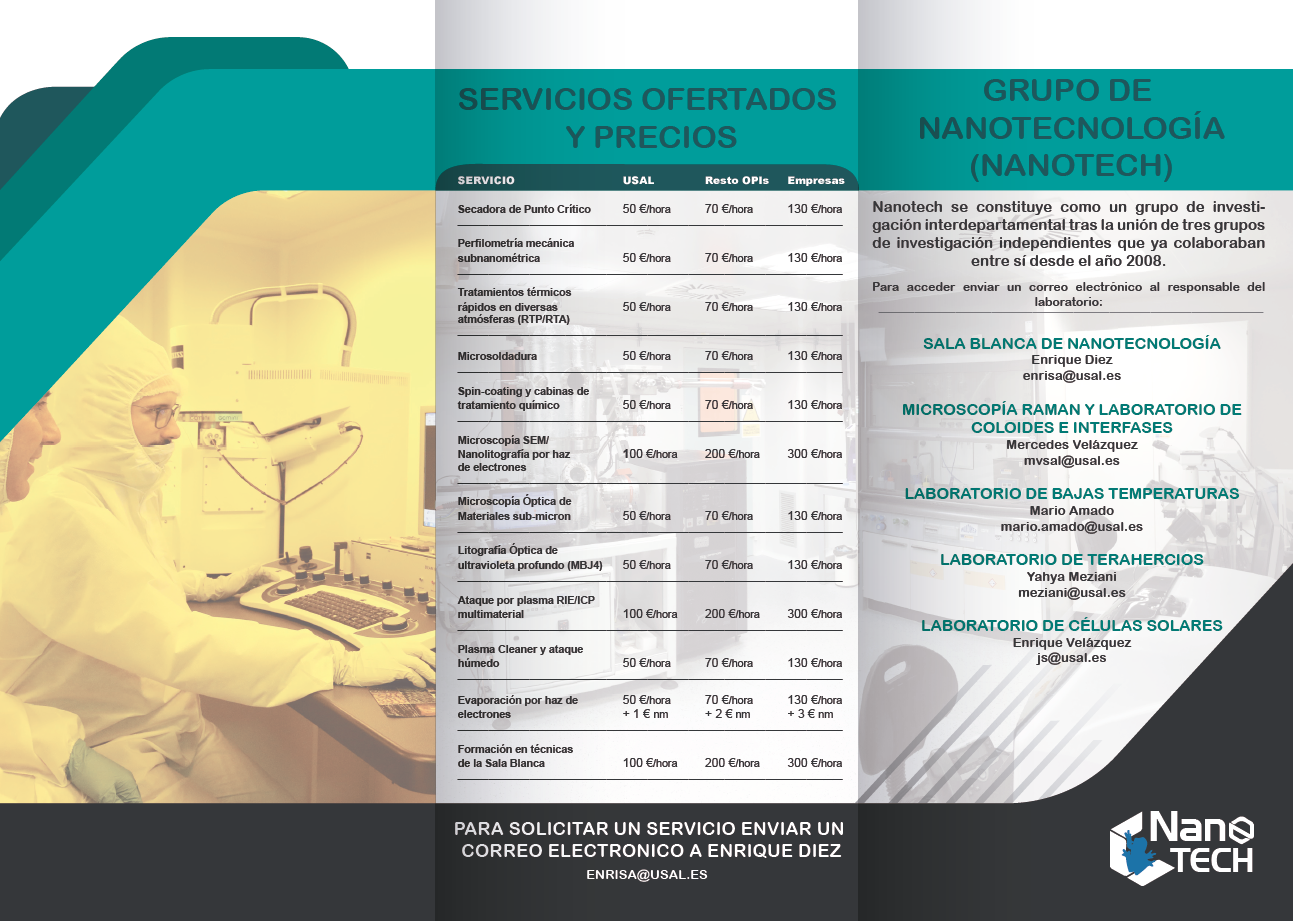 Hall and Quantum Hall measurements up 30 T from 0,01 K to Room temperature.
DC electrical characterization of quantum Nanodevices.
Cryofree technologies: fabrication and design of cryostats.
Ultra low temperatures and high magnetics fields technologies.
Mechanical exfoliations of Graphene and 2D materials
We are able to prepare h-BN/graphene/h-BN heterostructures.
We are able to transfer graphene flakes to a vast number of substrates.
Micro and Nanofabrication of electronic graphene and III-V devices as FET transistors.
Micro-Raman imaging and spectroscopic characterization of graphene on-wafer.
Automatic detection of graphene by Micro-Raman spectra.
Preparation of conductive metallic thin films by e-beam evaporation from thickness of 1 nanometer .
Synthesis of graphene oxide (GO) with different functionalized oxygen groups.
Modulation of the size and electric charge of GO flakes.
We are able to transfer GO flakes onto solid on a controlled way using the Langmuir- Blodgett and Langmuir-Schaefer methodologies.
We have developed different methodologies to manufacture graphene-nanoparticle hybrids with tuned properties.
Development of different methodologies for preparing nanoparticle films used as components of light emitting devices (LED), quantum dots.
Preparation of conductive polymer films that can be used for manufacturing electronic devices and sensors
Interpretation of Micro-Raman spectra of graphene derivatives
Steady State and Photoluminescence dynamic of semiconductor nanomaterials 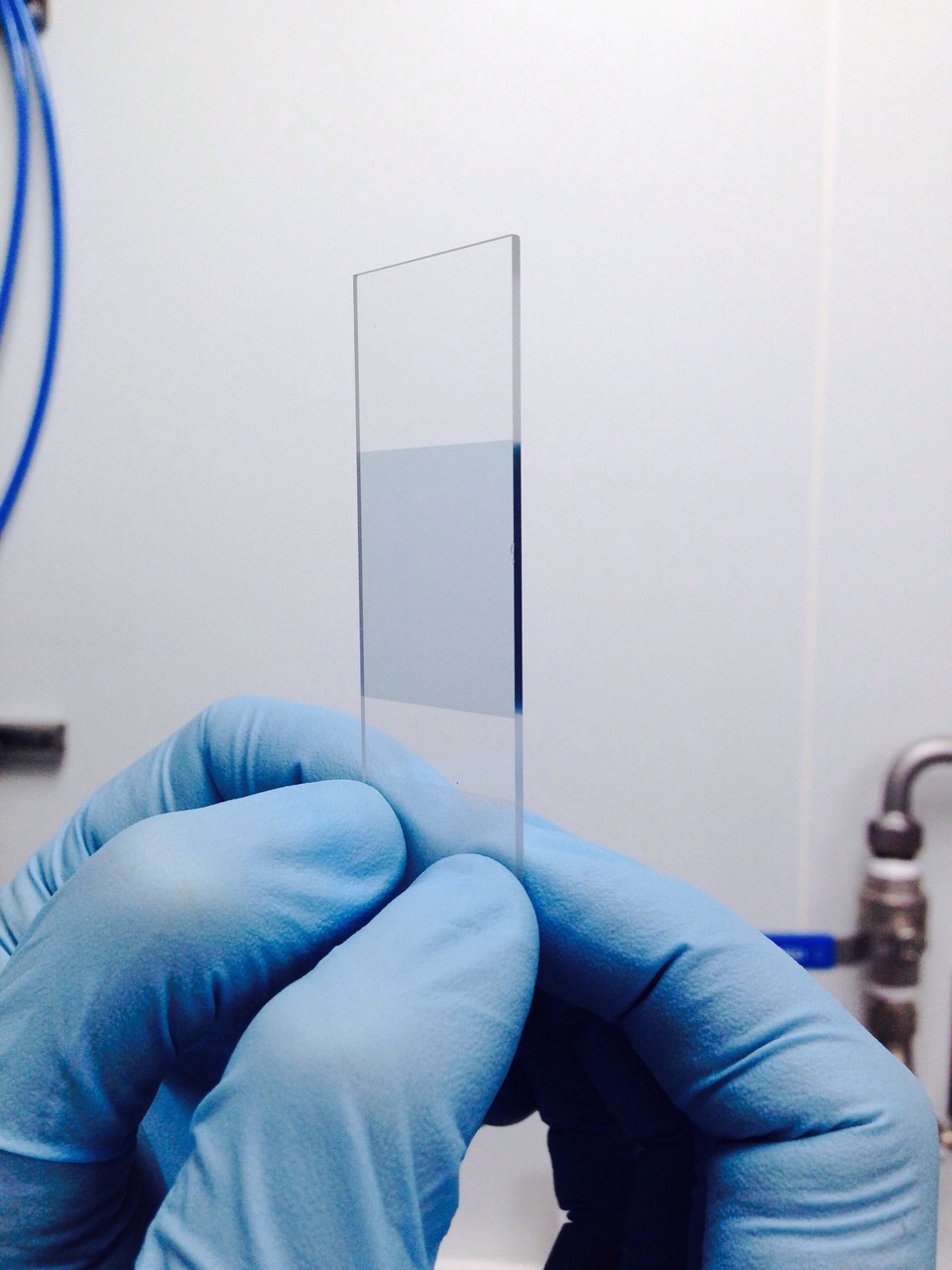 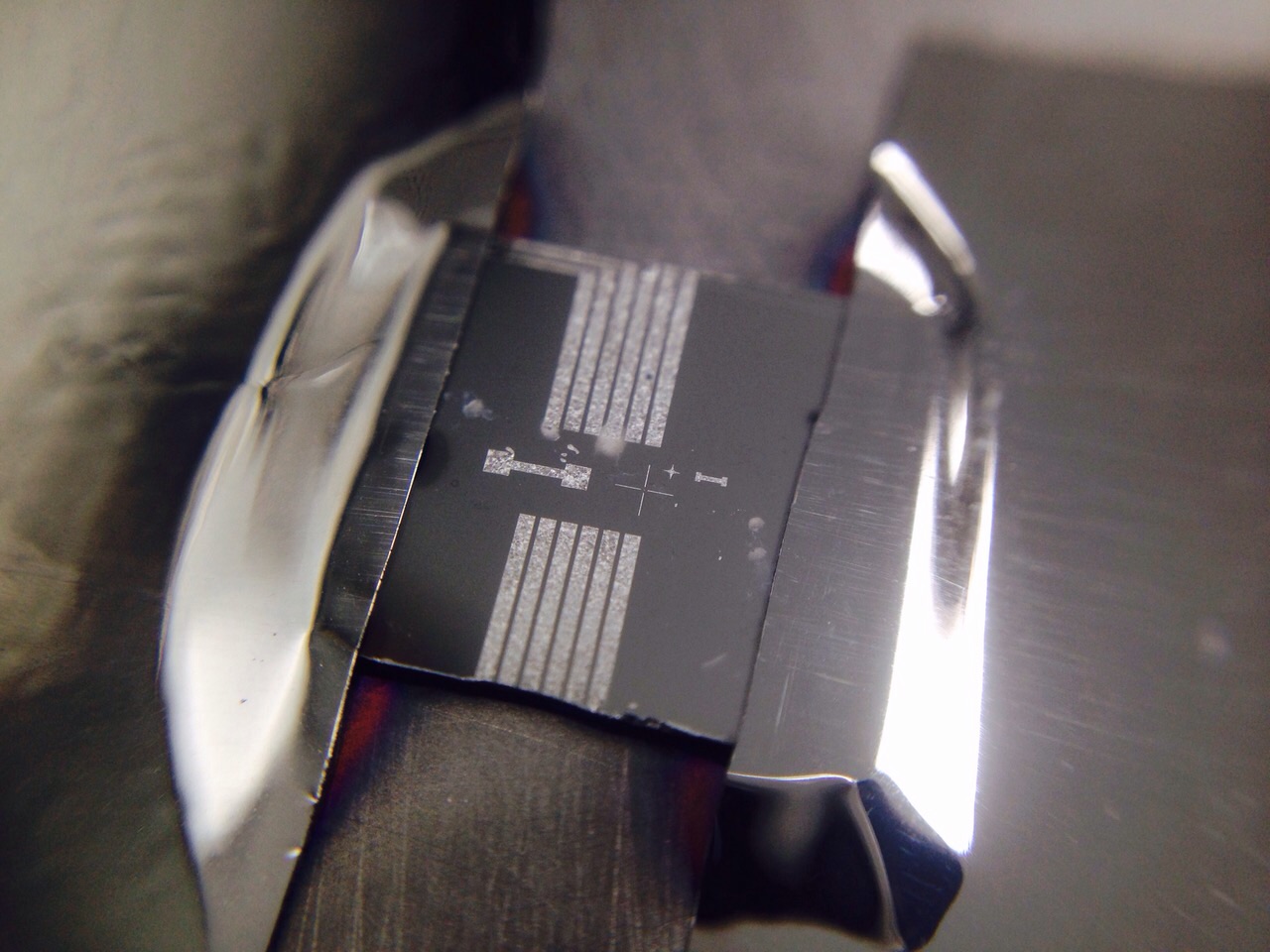 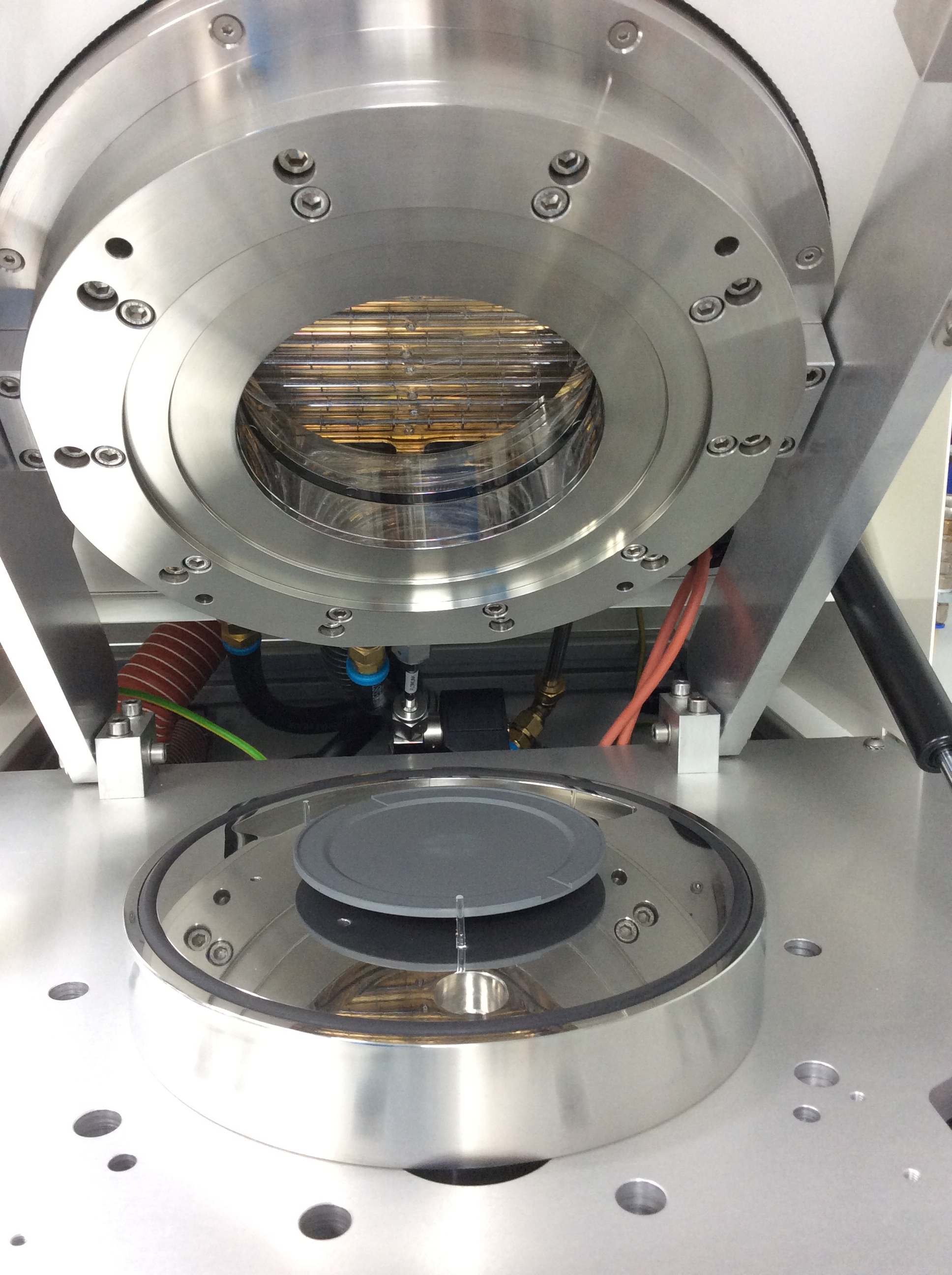 We have participated in several innovation projects including a CENIT project (CEN20091009-ATON ) related with the design and development of new photovoltaic solar cells based of thin films. In these projects we have collaborated with the following companies:

The CIG group has participated in two innovation projects (GRAnPHTEC-CDTI IDI-20111312 and IPT-2012-0429-420000, INNPACTO) related with the design of chemicals and functional devices for the automobile industry. In these projects we have collaborated with the following companies:

Grupo Antolín Ingeniería. We have collaborated with the company in the manufacture of graphene oxide using GANF® nanofibers http://www.granphnanotech.com/., and in the preparation of functional devices for the automobile industry.
FAE Auto-electrical manufacturers. Interested in development of substrates and Multilayer Ceramic designs and the integration of Microelectronic Systems.
CENER. National Renewable Energy Center, Interested in photovoltaic applications.
Ecofilter. We are collaborating with the Norwegian company Ecofilter in designing membranes for water purification.

All this work resulted in the following market products in whose development we have participated: