When twisted close to a magic relative orientation angle near 1 degree, bilayer graphene has flat moire superlattice minibands that have emerged as a rich and highly tunable source of strong correlation physics, notably the appearance of superconductivity close to interaction-induced insulating states. Here we report on the fabrication of bilayer graphene devices with exceptionally uniform twist angles. We show that the reduction in twist angle disorder reveals insulating states at all integer occupancies of the four-fold spin/valley degenerate flat conduction and valence bands, i.e. at moire band filling factors nu = 0, +(-) 1, +(-) 2, +(-) 3, and reveals new superconductivity regions below critical temperatures as high as 3 K close to – 2 filling. In addition we find novel orbital magnetic states with non-zero Chern numbers. Our study shows that symmetry-broken states, interaction driven insulators, and superconducting domes are common across the entire moire flat bands, including near charge neutrality. We further will discuss recent experiments including screened interactions, fragile topology and the first applications of this amazing new materials platform. 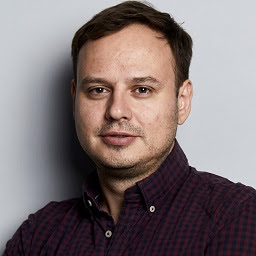 Dmitri Efetov (M) received a Diploma (M.Sc.) in Physics from ETH Zurich (Switzerland) in 2007, and a M.A., M. Ph. and a Ph.D. in Physics from Columbia University (USA) in 2014, under supervision of one of the pioneers of graphene Prof. Philip Kim. Prior to joining ICFO in 2017, he had worked as a postdoctoral researcher at the Massachusetts Institute of Technology (MIT, USA). Since 2017 Dmitri is a professor and group leader at ICFO, whose research program concentrates on the development of novel composite materials known as “van der Waals (vdW) hetero-structures”, which consist of graphene and other 2D materials. Dmitri received the Charles H. Towns Award for his outstanding research achievements during his PhD, and the Obra Social ”la Caixa” Junior Leader Fellowship and an ERC starting grant to start his independent research group at ICFO. Prof. Efetov is leader of the 2D-SIPC project in the Quantum Flagship (1B€ project for 10 years), as well as a member of its Science and Engineering board.