Traditional nanofabrication techniques tend to be limited to one and two dimensions, with extremely complicated and creative fabrication processes being required to extend these techniques to three dimensions (3D), such as stacking or layer-by-layer construction methods. On the macroscale, 3D printing has begun to see more widespread adoption as technological developments bring down the cost and enable ease of access to these tools, even for everyday recreational users. The advent of two-photon lithography direct laser writing (TPL DLW) has facilitated the printing of complex 3D structures and architectures down to the nano/micro-scale. Here, the main principles, process considerations, advantages, and limitations of TPL DLW are introduced. Specific example applications of TPL DLW are presented, with an emphasis on 3D photonic crystals. As TPL DLW requires polymeric resins for writing, structures utilizing this technique to this day are often only fabricated in polyacrylate, epoxy, or other polymeric-based resins, much like conventional photolithography, severely limiting material choice and thereby the possible applications. The recent emergence and subsequent rapid advances in the field of nanoscale additive manufacturing have led to demonstrations of 3D printed structures at the nano/micro-scale via TPL DLW in various metals and ceramics. 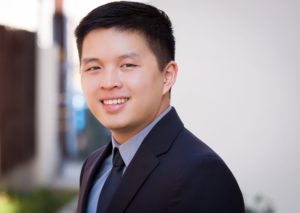 Ryan Cecil Ng is a Marie Curie postdoctoral researcher in the phononic and photonic nanostructures group at the Institut Català de Nanociència i Nanotechnologia (ICN2) in Barcelona, Spain, where he began in December 2020. His current research interests and pursuits at the ICN2 are in topological photonics and optomechanics. He previously completed his PhD in chemical engineering at the California Institute of Technology (Caltech) in Pasadena, California, USA, where he studied various nanophotonic phenomena in dielectric 2D and 3D photonic crystals.