Microfabrication process of magnetic sensors based on magnetic tunnel junctions

In the first part of the talk, I will be presented an introduction to direct laser writer (DWL) and mask aligner lithography techniques focused on their applications in spintronics technologies.

Afterwards I will explain the complete process of fabrication of a magnetic sensor based on Magnetic tunnel junction (MTJ). Also, the differences of a cleanroom fabrication process oriented for research and one for industry.

In the last part of talk I will detail some applications of magnetic sensors in the automotive industry and as bio sensors [1]. Here I will highlight the importance of controlling magnetic anisotropies of the sample to control the sensitivity of the sensor [2] and discuss the integration of a spintronic device on top of a CMOS. 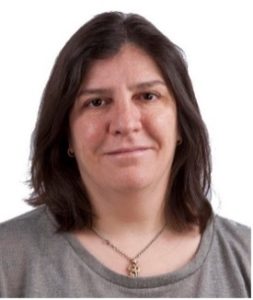 Elvira Paz is a Staff Researcher since 2013 at the International Iberian Nanotechnology Laboratory (INL) in Braga, at the north of Portugal. She obtained her PhD degree from the Instituto de Ciencia de Materiales de Madrid (ICMM-CSIC) in 2010. After her PhD she moved to work for INL where she acquired experience in different nanotechnology fabrication techniques available in INL’s state-of-the-art cleanroom. Her main research topic is magnetic sensors based on magnetic tunnel junctions and recently has been engaged in several industrial collaborations where she is developing different sensors.