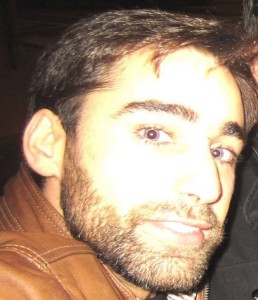 Cayetano is currently a Design Engineer at ASML in the Applications Bussiness Line, where he has been working since November 2014.
He was born in Salamanca, Spain, in 1985, where he studie his B.Sc. in Physics. He graduated in 2009 at the University of Salamanca and, after completion of his B.Sc., Cayetano obtained his M.Sc. in Physics and Technology of Lasers at the Department of Applied Physics of the University of Salamanca.
During his M.Sc. studies, Cayetano, contributed to the Low Temperature Laboratory research by installing some of the equipment and participating in the experimental setup and data collection.
He started his Ph.D. in 2010 with a FPU grant from the Ministry of Education. His line of research was mainly focused on the magnetotransport properties of graphene nanodevices. Cayetano carried out his experimental research mainly at the Low Temperature Laboratory, but part of his activities were based at other institutions where he fabricated the nanodevices at state of the art clean rooms (ISOM, INL) or high magnetic field laboratories (LNCMI in Toulouse and Grenoble). He also carried out a project studying the interplay between superconducting materials and graphene at Sandia National Laboratories.
The main conclusions of his work can be found in his Ph.D. thesis “Fabrication and Characterization of graphene nanodevices”.
After completion of his Ph.D, Dr. Cobaleda joined as Design Engineer one of the leading companies in the semiconductor industry, ASML, where his knowledge of Optics, Semiconductor Physics and clean room nanofabrication is put into practice.
Email: ccobaleda@gmail.com
Linkedin: nl.linkedin.com/in/ccobaleda
PUBLICATIONS
Angle dependent conductivity in graphene FET transistors
C. H. Fuentevilla, J.D. Lejarreta, C.Cobaleda, E. Diez
Solid-State Electronics 104, 47 (2015) (2015)''