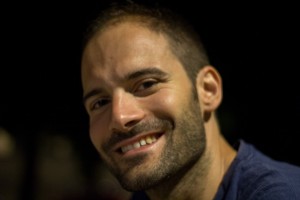 Vito Clericò is clean room technician at University of Salamanca since November 2013, where he has also started his PhD in Applied Physics (October 2014).

He received his PhD degree in 2020, focused in “Fabrication and characterization of Quantum Materials: Graphene heterostructures and Topological Insulators”.

He received his master degree in Matter Physics from University of Pisa (May 2010), his master thesis work consisted in realizing a near field scanning optical microscope (SNOM) and analyzing at the nanometric size the interaction between an optical near field and gold nanostructures deposited onto glass, featuring localized plasmon resonance.

He worked for two years as research assistant at NEST (National Enterprise for Nanoscience and nanoTachnology) on a joint project among Scuola Normale of Pisa, IIT (Istituto italiano di tecnologia) and Scuola Superiore Sant’Anna. The objective was to realize three dimensional metal-dielectric-metal near IR nanoresonators (still described as LC nanocircuits) that could be detached and dispersed in solution for biosensing applications.

In Salamanca he has significantly contributed to realize the first nanoelectronic clean room of Castilla y Leon and he nanofabricated the first devices.