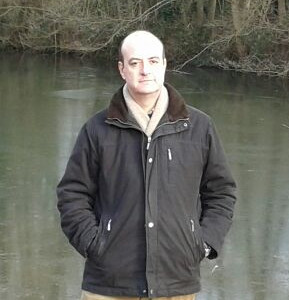 Francisco Domínguez-Adame currently leads the Quantum Nanosystems Group, a research group focused on the theory of quantum properties of ultra-small structures with the aim to investigate theoretically new and unusual phenomena.

He is also a founding member of the Interdisciplinary Group of Complex Systems (GISC), whose main interest is the physics of complex systems, going from Condensed Matter Physics to Statistical Physics and its application to social sciences.

Numerical study of the localization length critical index in a network model of plateau-plateau transitions in the quantum Hall effect
M. Amado, A. V.Malyshev, A. Sedrakyan and F. Dominguez-Adame
Physical Review Letters 107 (2011)''