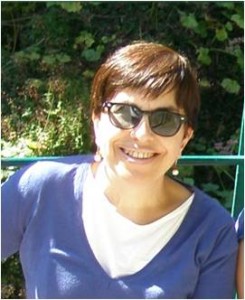 Dr. M Mercedes Velázquez is full professor at the University of Salamanca since October 2011. She obtained her Ph. D in Chemistry by the University of Salamanca and continued her postdoctoral studies in Molecular Photochemistry with Prof. S.M.B. Costa in Lisbon (Molecular photochemistry group of the Centre for structural Chemistry) with a Post-Doc Fellow Human Capital and Mobility program of MEC (September 1989-september 1990) and a fellowship of Portuguese govern for European scientist (February 1987-July 1987). She was Associate professor, area Chemical Physics at the University of Salamanca from 1991 to 2011, Invited professor at the Universidad Complutense de Madrid, from February to July of 2002 and Teaching Assistant from October1978 to 1990.Dr.Velázquez was leader in several projects by Ministerio de Educación y Ciencia and Ciencia e Innovación in the field of the Colloid and interface chemistry concerning the stability, structure and properties of 3D and 2D self-assemblies of surfactant and polymers. Currently, she is researching in nanoparticle films for advanced technological applications. In particular she is working in the synthesis of chemical graphene to prepare controlled films of this material by the Langmuir-Blodgett methodology to fabricate hybrid structures for advanced electronic applications. She participates in innovation projects with Grupo Antolín Ingenieria in preparation of graphene oxide from GANF® nanofibers (GRAnPHTEC, IDI-20111312CDTI)  and the preparation of graphene-silver hybrids for construction of devices for the car industry (INNPACTO DINNAMIC: IPT-2012-0429-420000)

Variation of the critical micelle concentration with surfactant structure: a simple method to analyze the role of the attractive-repulsive forces on the micellar association.
D. López-Díaz and M. M. Velázquez
The Chemical Educador, 12, 327-330 (2007)''

Effect of the addition of water-soluble polymers on the interfacial properties of Aerosol OT vesicles
Valero, M. ; Velázquez, M.M.
Journal of Colloid and Interface Science, 278, 465-471 (2004)''

Effect of additives on the adsorption of Aerosol OT at the air-water interfaces studied by equilibrium and dynamic surface tension measurements.
Pedrosa, A. B.; Briz, J.I. and Velázquez, M.M.
J. Surf. Deterg. 365-370 (2002)''